You are here: Home1 / Update on AIM Delisting 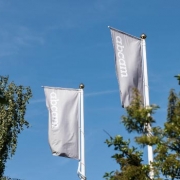 CAMBRIDGE, UK – Abcam plc, AIM:ABC and Nasdaq: ABCM (“Abcam” or the “Company“), a global leader in the supply of life science research tools, today provides a further update with respect to the cancellation of admission of its Ordinary Shares to trading on AIM (the “AIM Delisting“), as originally announced on 17 October 2022.

As previously announced, the last day of trading of the Company’s Ordinary Shares on AIM will be 13 December 2022 and the proposed AIM Delisting will be effective from 7.00 a.m. (London time) on 14 December 2022. Abcam will retain the listing of its ADSs, each representing one Ordinary Share, on Nasdaq under the ticker symbol ABCM. Following the AIM Delisting, the Company’s ADSs will remain listed, and will only be tradeable, on Nasdaq.

Information about the process to deposit Ordinary Shares for delivery of ADSs was provided in the announcement and circular published by the Company on 17 October 2022 and is also available on the Company’s website at https://corporate.abcam.com/investors/aim-delisting/.

The capitalised terms used in this announcement have the meaning set out in the announcement made by the Company at 7.00 a.m. on 17 October 2022.

As an innovator in reagents and tools, Abcam’s purpose is to serve life science researchers globally to achieve their mission faster. Providing the research and clinical communities with tools and scientific support, the Company offers highly validated antibodies, assays and other research tools to address important targets in critical biological pathways.

Already a pioneer in data sharing and ecommerce in the life sciences, Abcam’s ambition is to be the most influential company in life sciences by helping advance global understanding of biology and causes of disease, which, in turn, will drive new treatments and improved health.

Abcam’s worldwide customer base of approximately 750,000 life science researchers uses Abcam’s antibodies, reagents, biomarkers and assays. By actively listening to and collaborating with these researchers, the Company continuously advances its portfolio to address their needs. A transparent program of customer reviews and datasheets, combined with industry-leading validation initiatives, gives researchers increased confidence in their results.

Founded in 1998 and headquartered in Cambridge, UK, the Company has served customers in more than 130 countries. Abcam’s ordinary shares are listed on the London Stock Exchange (AIM: ABC) and its American Depositary Shares (ADSs) trade on the Nasdaq Global Market (Nasdaq: ABCM).

This site uses cookies. By continuing to browse the site, you are agreeing to our use of cookies.

We may request cookies to be set on your device. We use cookies to let us know when you visit our websites, how you interact with us, to enrich your user experience, and to customize your relationship with our website.

Click on the different category headings to find out more. You can also change some of your preferences. Note that blocking some types of cookies may impact your experience on our websites and the services we are able to offer.

These cookies are strictly necessary to provide you with services available through our website and to use some of its features.

Because these cookies are strictly necessary to deliver the website, refusing them will have impact how our site functions. You always can block or delete cookies by changing your browser settings and force blocking all cookies on this website. But this will always prompt you to accept/refuse cookies when revisiting our site.

We fully respect if you want to refuse cookies but to avoid asking you again and again kindly allow us to store a cookie for that. You are free to opt out any time or opt in for other cookies to get a better experience. If you refuse cookies we will remove all set cookies in our domain.

We provide you with a list of stored cookies on your computer in our domain so you can check what we stored. Due to security reasons we are not able to show or modify cookies from other domains. You can check these in your browser security settings.

These cookies collect information that is used either in aggregate form to help us understand how our website is being used or how effective our marketing campaigns are, or to help us customize our website and application for you in order to enhance your experience.

If you do not want that we track your visit to our site you can disable tracking in your browser here:

We also use different external services like Google Webfonts, Google Maps, and external Video providers. Since these providers may collect personal data like your IP address we allow you to block them here. Please be aware that this might heavily reduce the functionality and appearance of our site. Changes will take effect once you reload the page.

The following cookies are also needed - You can choose if you want to allow them: